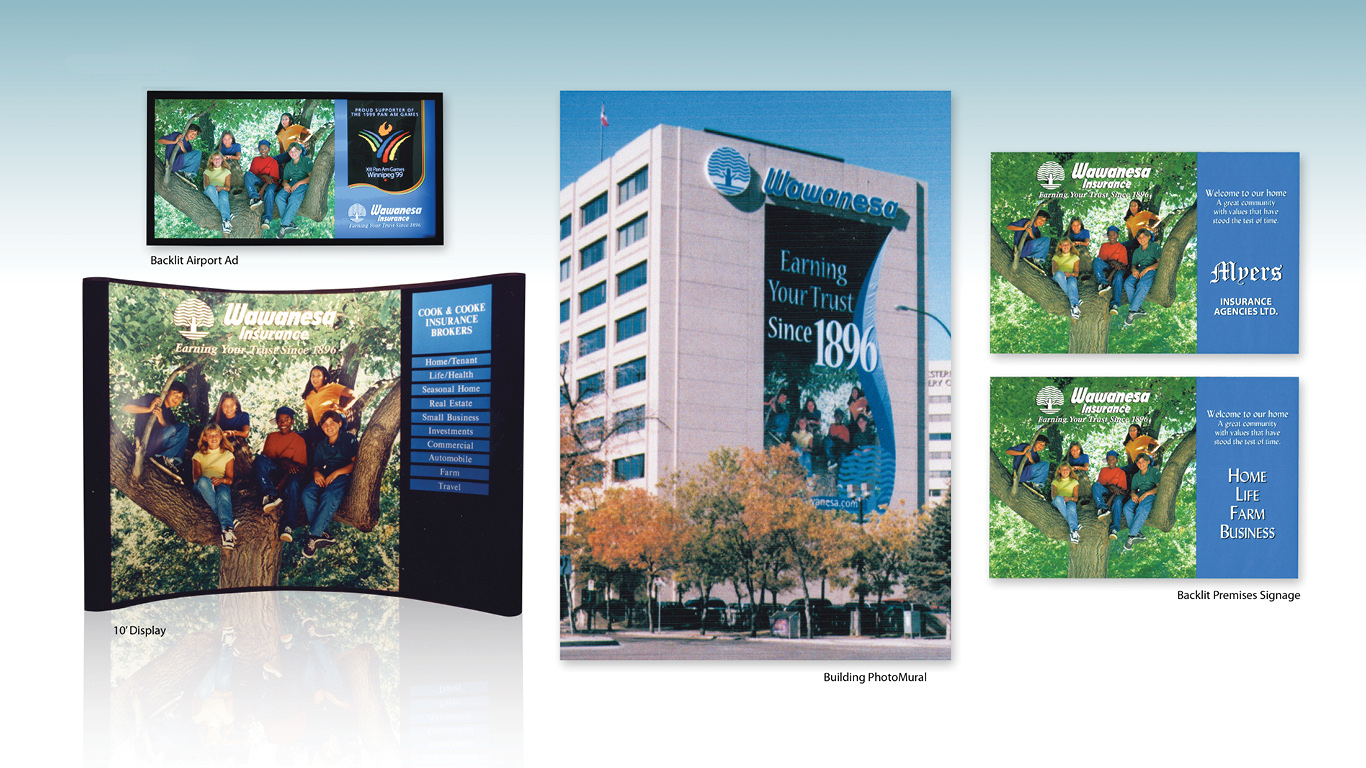 GOALS: to develop a generic visual image to represent the company brand.  A visual metaphor was created to build a connection to their graphic tree logo and accompanying slogan ‘Earning your Trust since 1896’ through a commissioned photograph of a group of 6 varied young people, aged 11-14, sitting together in the branches of a large mature tree – drawing on the strongest of motivators, our children.
SCOPE OF WORK: Initially developed for regional trade show booths, the visual created was so germane to the core value of the client that it was developed to became part of a national branding program and applied well beyond the borders of its original intended use – trade show booths, numerous promotional give away items, wall murals in HR departments, institutional advertising, premises backlit signage for 60 branch offices in various parts of the country, and a landmark 40’x 80′ PhotoMural on the side of their corporate Head Office in Winnipeg.